Britney is QUEEN. And although I’m not exactly fond of her music these days, my growing up with her has embedded a special parking spot in my heart, where she’s free to come and go as she pleases. She didn’t exactly have the best sense of style – remember her and Justin’s denim on denim debacle? – but I’m actually convinced it was because she was looking into the future; the future of fashion. Don’t believe me? Read on!

1. Pom Poms in her debut single, Baby One More Time. You know it’s all Britney when Nicki Minaj rocked up to Carolina Hererra’s  spring runway show circa 2012, and plopped herself next to Anna Wintour, only to get massacred for making a statement with her pom pom suit. 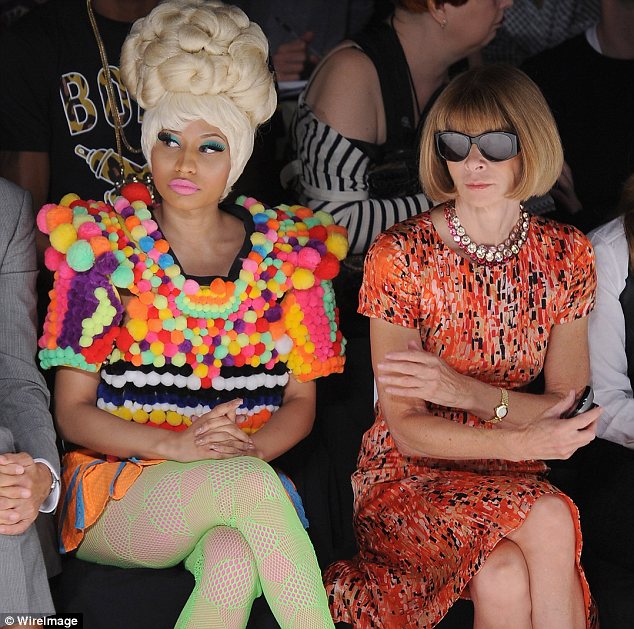 Props out to Nicki for having just about the biggest kahones of the year, but the overkill of pom poms may have been just a little too much to handle for the masses at one go. Elina Linardarki did it right though, with subtly introducing the pom pom trend.

Her Grecian charm emulated through her sandals, and all of the sudden it was hip again, with high fashion and mass producing brands following suit.

Pastels have been making a big comeback, and although most are gravitating toward the pinks and bues, I’ve got a good feeling about lilac after Drake and Riri were caught in coordinating lilac outfits. 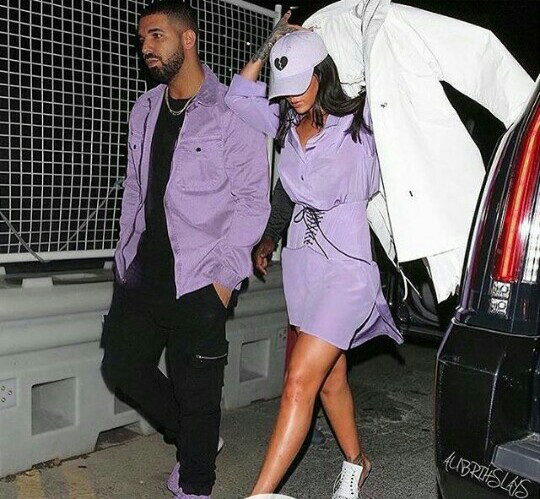 I’ll be honest, I cringed so hard at this outfit when the style reports came out for this one, but as we’re coming into the new year, we’re beginning to see that bright orange is a reoccurring colour on the runways.

Vivienne Westwood and Roberto Cavalli (pics) are not the only designers to showcase bright orange suits on their SS17 runways. Even menswear from Paul Smith and Pal Zileri have their models spotting at least one rendition of the designer’s take!

4. The see-through-everywhere-else ensemble in her 2004 music video for Toxic.

Many agreed on how provocative this glitter bodysuit looked when she wore it at only 23, but Britney owned all that was. A decade past, and the trend of only having most of your lady bits covered trickled down to the likes of new-era queens, and designers alike.

So there you have it. What more is there to say. You can give Britney as much cr*p as you’d like for whatever odd looking outfit she’s got on right now, but just you watch, they’ll be back with a fashionable vengeance! Oh, and Happy Birthday, queen!

Here Are The 13 Best Dressed Looks From Oscars 2020

The 12 Biggest Beauty Trends of the Last Decade

All The Brands You Love, Right Here With CLEO Fashion Awards 2019