To The Thousands Involved In The Thai Cave Boys Rescue, This Is What Everyone Wants To Say

On Sunday, I watched my 4.5-year-old son sleep, tucked snugly in bed, in a cool, comfortably-air conditioned room. He was in a deep sleep, and snoozed softly without a sound. I should mention right now he’s obsessed with The Avengers –- he has merchandise in everything imaginable –- and he now sleeps with his Captain America Lego figurine.

I had tucked him in at 9, where he drifted off almost immediately. Just earlier, we had a picnic and we kicked the ball around the park with some friends. At the end of it, this exhausted little 4.5-year-old sped off on his foot scooter to the car. As per the routine it was time to go home for dinner and our bedtime ritual.

This time around around, I had more than just the regular bedtime blues — my insides were churning. My emotions were in more tumult than I let on to anyone.

I think about what a privilege I must have to know exactly where my son is, to be able to hold him, shower him,  clothe him and put him into a warm bed. I’m also able to sing to him his favourite songs, at his request, no less. It pains to a level not so imaginable to know that not every parent or even person is so fortunate.

When I wrote this, there were mothers of 12 young children in a province in North Thailand who have not had sleep for the past 18 days. They have not held or hugged their children in 18 days. 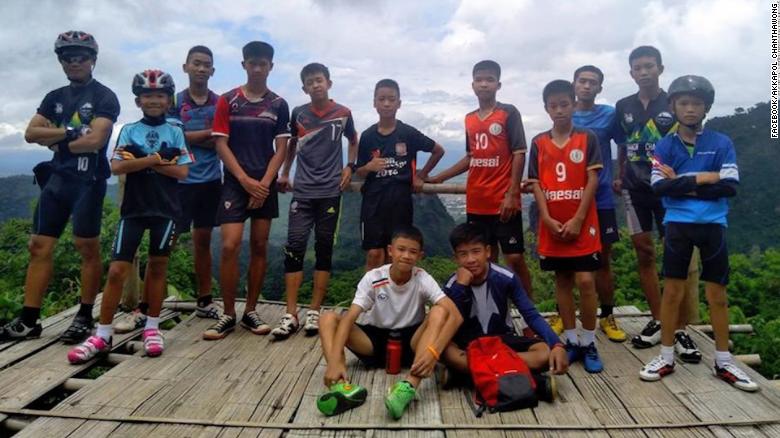 The group who went out on an outing and into the cave on June 23; the turn of events turned this  into an international rescue mission. Credit: CNN/Twitter

From June 23 when they were missing, it has been a harrowing and agonising wait for the mothers of the small group of 12 young soccer players. Aged from 11 to 16 years old, they had been trapped along with their 25-year-old football coach in the Tham Luang cave, an intricate cave system that was hit by a flooded and impeded the small group’s escape. What started out as an initiation rite had turned into everyone’s collective nightmare: being trapped in a cave with rising waters and no way out.

News outlets have reported thousands involved the effort, from seasoned search-and-rescue professionals, 90 Navy SEAL divers, media, medics, relatives, next of kin, volunteers all in the joint effort to make sure the boys and their young football coach come home alive; with some dubbing this the greatest cave rescue mission “of all time”. 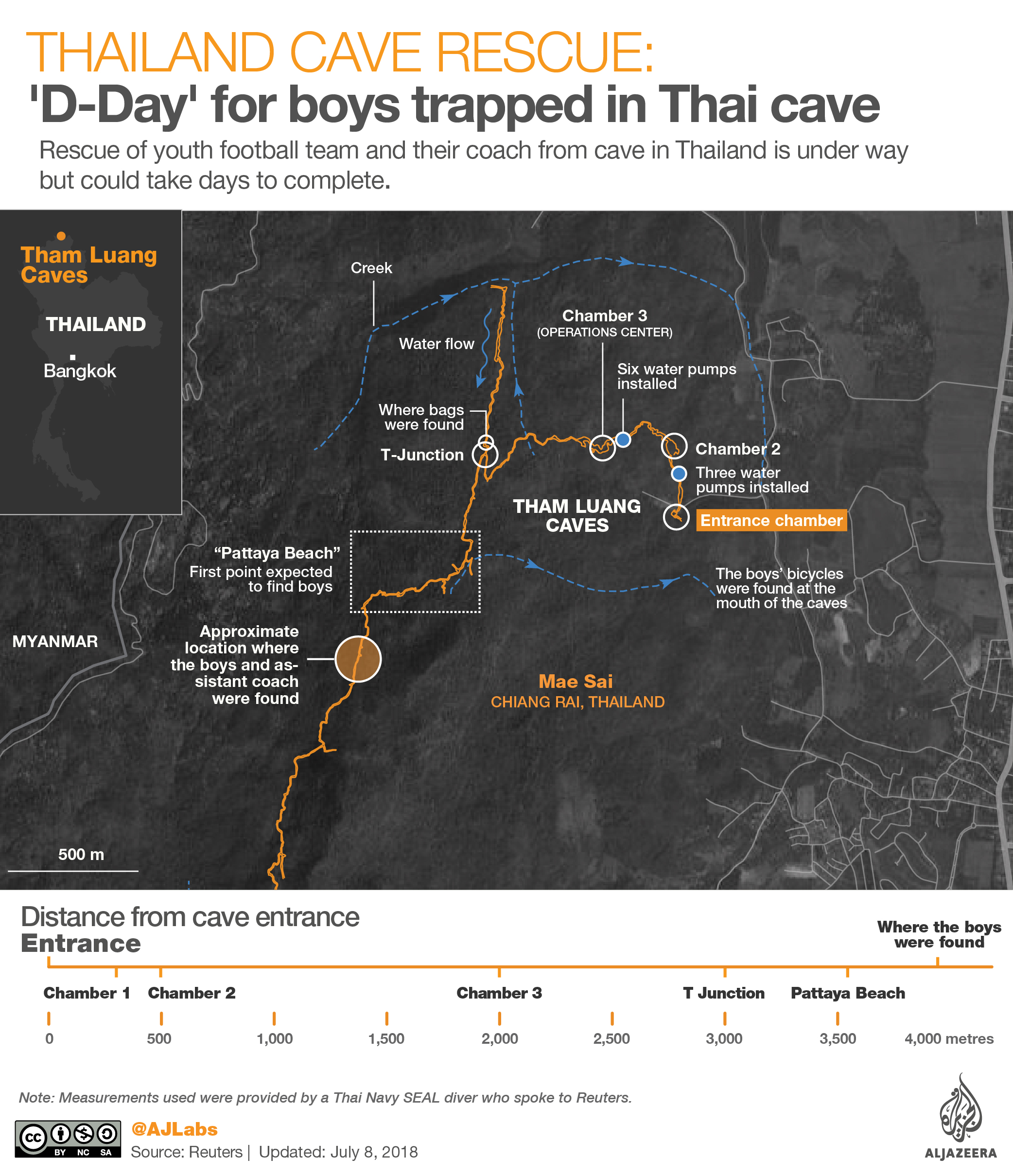 A map of the intricate cave system in which the 13 were trapped in for almost three weeks. Credit: Al Jazeera

The complicate rescue mission and its updates kept the world on tenterhooks. Floods and rain had impeded immediate evacuation because of flooding. They had to pump out thousands of gallons of water to make sure that the caves didn’t fill up. It drew international media attention, and SAR crew from all over the globe. It was a miracle that they were even found, and that they were even still alive.

With over 90 divers near and far coming to the rescue, on Sunday, 8 July 2018, the first four made it out safely. The world breathed a sigh of relief!

On Monday, 9 July 2018, four more boys were extricated and sent to hospital. We stayed positive.

And today, on the final day of the mission, it was reported that all boys and their coach have all been saved and brought to safety.

For the life that was lost during this mission, Saman Gunan, who died taking oxygen to the boys trapped in a cave, we will never forget his sacrifice. This former Thai Navy SEAL diver had lost consciousness during the rescue mission. To his family, we say that the memory of your son will live on. We will never forget. He will remain in memories as a hero.

As a mother, from all mothers and the rest of the human population, we want to say thank you to the thousands of people who worked tirelessly in this rescue. For your expertise, your training, your skills, your resilience, your hope. For giving us a chance at believing in humanity — where countries banded together to make sure these young children were taken away from harm, and are returned to their parents.

Thank you for reuniting these families and giving these mothers the chance to hold their sons again.

From all of us, we can only hope and wish to raise sons and daughters who are remarkable like you.

Take A Peek At The Sustainable Starbucks x Herschel Collection